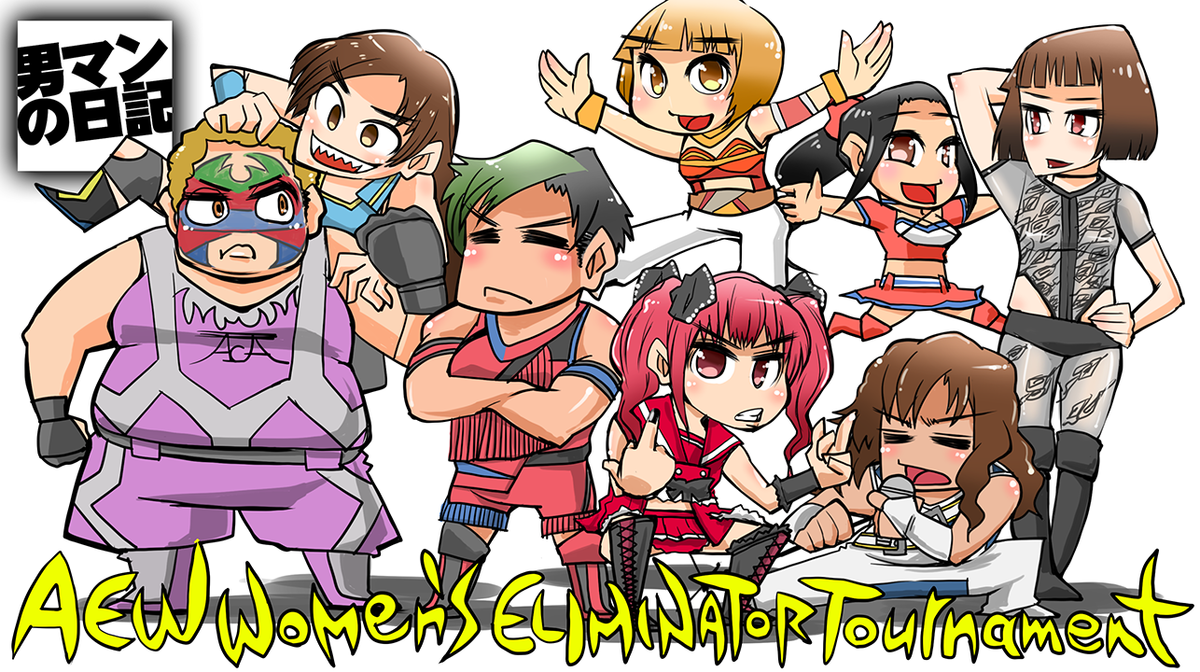 The English version already has 250,000 views 3 days after its release.
You can see how AEW fans are interested in Japanese women's professional wrestling.
You can enjoy the explanation of Japan Pro Wrestling, which is too deep by Excalibur. Too maniac!

And here is the Japanese version. Haruo Murata is an announcer with a deep knowledge of women's wrestling, who is in charge of New Japan Pro-Wrestling World, Wrestle Universe's DDT broadcast, Tokyo Women's Wrestling Broadcast, Stardom Broadcast, and Samurai TV's All Japan Wrestling Broadcast.
And Hikaru Shida is the AEW Women's Champion.

Please refer to the previous entry for details on match cards and participating players, along with expectations. We also introduce YouTube match videos, so if you are interested in the tournament for the first time, please see the match videos in this entry.

The first match of the tournament is Yuka Sakazaki of Tokyo Joshi Pro Wrestling VS Pro Wrestling Mei Suruga of Gatoh Move Pro Wrestling. Two people who are full of energy and suffer from bright characters. From the entrance, you will enter with full energy.
Yuka Sakazaki suddenly gives a serious look to Mei Suruga, who always smiles. Although they are similar characters, the match begins in a tense atmosphere.

The game starts quietly from the submission at the beginning, but Mei Suruga immediately demonstrates her character. Jump, threaten, step on, take your arm, and use a rope to whip your arm. She tries to create a fun mood, like the usual chocolate pro.

However, Yuka Sakazaki fights carefully. She attacks with a brainbuster, a four-necked character using a rope, and STF, and goes on a strategy to surely hurt Mei Suruga.

Mei Suruga also shows a counterattack with Apple Cut Mutation after hitting the corner in a row from the elbow battle, but Yuka Sakazaki will attack with a firm eye on the opponent. She turned over Mei Suruga's crossbody attack and fell, kicked her face after turning forward with her opponent, slammed with a deformed Northern Light Bomb, and climbed the top rope to count 3 with a 450 ° splash. With a long career, she won a dignified victory.

Yuka Sakazaki shows a quick movement and a nimble attack, but Yuka Sakazaki is excellent in the variation of the technique that surely damages the opponent, the offense and defense of the flow that not only steals the fall but also hurt the opponent. Was there.

However, if professional wrestling fans saw this match, it should have been clear that Mei Suruga was a talented wrestler.
Mei Suruga, who swore to humiliate her, could be called to America suddenly! Ganbatte!

The second game is VENI vs Emi Sakura.
As expected, this match was superior to physical ability, and I expected that VENI, who has abundant skills and is in a good condition as a wrestler, would have an advantage, but it was a match that made me keenly aware of the strength of serious Emi Sakura.

Emi Sakura will be able to compete evenly in the submission and proceed with the match at her own pace.
Without riding VENI's provocation, Mongolian chops and hair whips that grabbed the hair. From Hiromichi Fuyuki's screaming hair whips to suspended ceilings, horizontal chops, and trampling in corners.
Emi Sakura will fully demonstrate the fear of damaging VENI.
The appearance of Sakura Emi is clearly "Super Heel Sakura Emi"

VENI also counterattacked with a cartwheel elbow, a slap, a crossbody using a rope, a moon salt from the corner post to the outside, and a big skill offensive. Show off your physical strength.

However, Emi Sakura can't take the initiative easily.
Emi Sakura knocks down VENI on the rope, and a double-arm backbreaker fires. Emi Sakura will lead the game by making full use of inside work.

After that, I want to attack with a jumping technique and a dynamic throwing technique.
, Emi Sakura who turns it back with a dragon sleeper and a neck screw. Exactly non-stop offense and defense are repeated. You are showing a great match!

A deformed tiger driver that drops in front of Emi Sakura, and VENI's superkick, spin kick, sobat, and missile kick after a fierce elbow meeting. After crushing each other's special skills, Emi Sakura chops repeatedly.
The power and sound of Emi Sakura's chops are amazing. However, Emi Sakura who flew on the rope also counted 2 chokeslam from VENI's flying neal kick.

VENI decided the game and climbed the corner to shoot Moonsault, but this was evaded, and Emi Sakura's La Mahistral counted 2.
However, Emi Sakura is a tiger driver after tightening VENI with a dragon sleeper! 1, 2, 3! Now Emi Sakura has decided the match!

VENI also attacked quite a bit, but Emi Sakura surpassed it with the coldness and inside work that went above it, plus the strongest power here. It was a match that clearly showed the strength of the wrestler, Emi Sakura. It was a match of less than 13 minutes, but it was 13 minutes full of intense time. No, it was a great match! I enjoyed it!

And finally the third game. Maki Ito, our (or rather my) recommended wrestler who is familiar with "What is the cutest in the world?" And "Ito Cha-n"! Enter while singing the theme song! 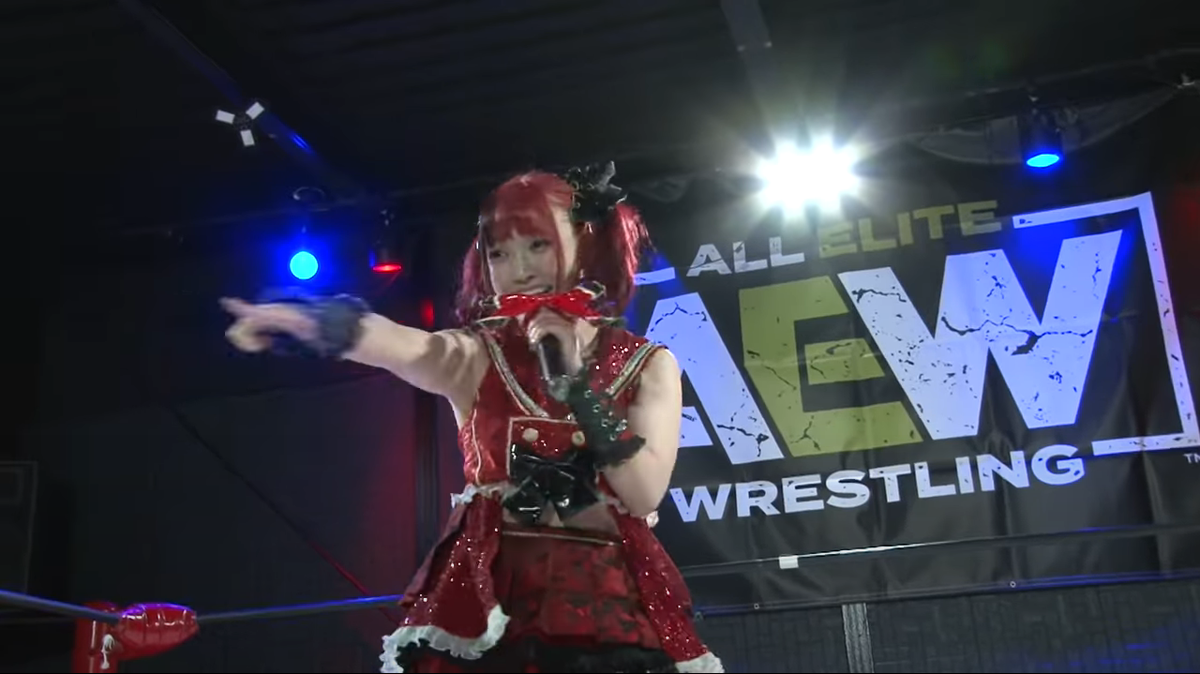 Maki Ito who entered while singing and dancing and sang the theme song firmly. Here is already a great way to chat. Awesome ITOH RESPECT ARMY! As expected, there are only 100,000 Twitter followers! (I saw it earlier, but it exceeded 110,000 people)

On the other hand, "Aniki", Ryo Mizunami. Entering with a pair of sunglasses and a more exaggerated gesture than usual, it became a deeper character battle instead of the second game, which was a serious game. Chris Brookes posted a screenshot of them on twitter

Maki Ito starts to show off her character at once when the game starts.
After being beaten suddenly, he cried a lie, stepped on a sly, and the tackle that he proudly released was blown away, and he fainted in agony with a chop of water wave tomb.
She is packed in a corner and eats chops by Ryo Mizunami, and also eats elbows and lariats. However, even if it is eaten, it will stand up.
As Announcer Murata said in the Japanese commentary, "Maki Ito is not giving up". Maki Ito's character was fully demonstrated by Ryo Mizunami's strength, stability, and many drawers.

He also showed the punches of "What is the cutest in the world?" And "Ito-Chan" at the corner post, attacked with a boston crab, and intercepted the lariat with a head butt. After that, Maki Ito made a showcase with a series of DDT and swing DDT. At the end, Maki Ito gave up with a rotating hell car (by Tamon Honda) from Ryo Mizunami's Spear, but it was a match that fully conveyed its characteristics. Maki Ito, who was struck by the depth of Ryo Mizunami's bosom. I think it was a fun and fierce match because the powers of both parties were engaged.

Maki Ito has a part that "I was allowed to put it out". How can we climb to a place where we can "win" Ryo Mizunami in the future?
If it was her current popularity, the appearance of AEW in the United States might be near, but it was a match that showed future challenges.
However, it was an interesting match without reason. It was good that both of them "done". I enjoyed including the interaction between Announcer Murata and Hikaru Shida in Japanese. Ito-chan was good!

A match between legend Aja Kong and Chigusa Nagayo's disciple, Rin Kadokura of Mervelous.
The main event is a serious clash of women's professional wrestling, which is really innocent. It was a hard hit match.

As soon as the game started, Rin Kadokura rushed and hit elbows repeatedly, and even if he was defeated by a tackle, he stood up and elbowed. However, Aja is an elbow drop that cuts off the appearance from the chop.
Aja Kong has the power of a special move just by exposing it to weight. Kicking the fallen Kadokura, an all-Japan women's professional wrestling pile driver! There is no feeling of last boss.

Rin Kadokura also shoots DDT and drives the fallen Aja with a drop kick, a missile kick from the corner and the basic skills of women's professional wrestling, but Aja is not left unattended.
Rin Kadokura who went to solidify the rotating shrimp is trampled with his ass and kicks the fallen place. It's too amazing.

Rin Kadokura also managed to strike back. Climb the corner from the cannonball and aim for Ultralin. But this was evaded, a back drop, a diving elbow drop from the lariat to the top rope. Aja Kong showed strength by stealing a count of three.

It was Aja's overwhelming victory in about 7 minutes, but conversely, it seemed that Aja did not melt to bring out Rin Kadokura's ability. It was a complete defeat, but Rin Kadokura's strength and defeat were also demonstrated. In that sense, it was regrettable. I think it was a match just before Rin Kadokura became popular. 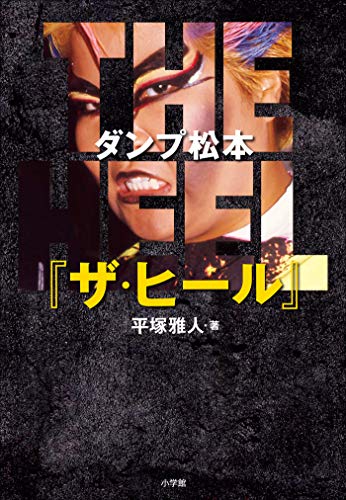 n this way, the four games of the first round of the tournament are over. The combination of the second round is Yuka Sakazaki VS Emi Sakura, Ryo Mizunami VS Aja Kong. Honestly, all four games this time were interesting and the combination was fresh, so I would like to see the tag match with the members who lost this time as a bonus track in the next distribution.

Anyway, this distribution that was a showcase to introduce the current Japanese women's professional wrestling to the United States through AEW.
The next second round, and probably the final in the United States. Who will be a star? That should be the hope of Tokyo Joshi Pro Wrestling, Pro Wrestling Gatoh Move Pro Wrestling, and Marvelous.
Now, while stardom graduates are active in WWE, this tournament will give birth to stars following Emi Sakura's students, Riho and Hikaru Shida.
This first round of the Japanese block was also excellent as a showcase for Japanese women's professional wrestling women's wrestlers from Emi Sakura. If anyone doesn't know Japanese women's professional wrestling yet, I'd love to see this video. In that way, each player was demonstrating his uniqueness. No, it was fun!