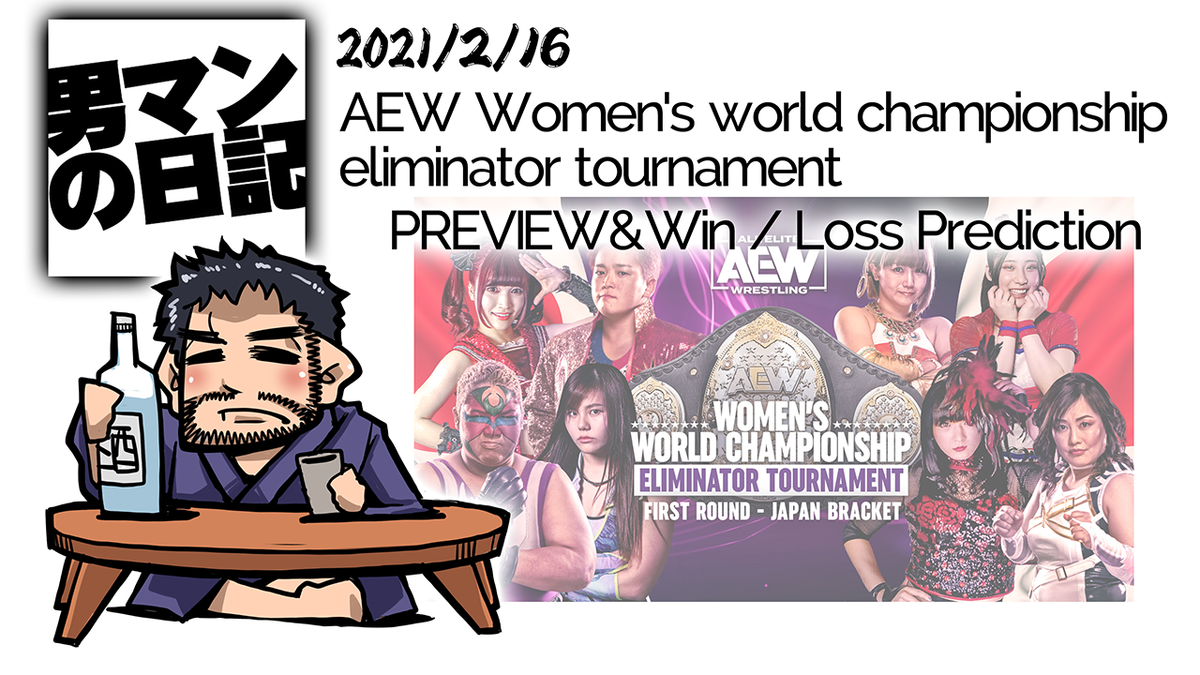 AEW WOMANS ELIMINATOR TOURNAMENT will be broadcast on AEW's YOUTUBE channel from 9am on February 16th in the next few hours.

After the Mon, Feb 15 premiere of the AEW women's eliminator tournament Japan bracket.
The next day - Tue, Feb 16th at 9am EST we will have a special Japanese commentary version w/ @MTHaruo & AEW women's world champion @shidahikaru calling the action! ➡️ https://t.co/lBSV4sbfpB pic.twitter.com/1BBH9KI8FW

This tournament. It is divided into an American block and a Japanese block, and an introduction VTR of participating players is also available. From here, you can see that AEW is focusing on this tournament.

So, from now on, I will briefly introduce the participating players of the Japan block and predict the victory or defeat.

Introduction of Japanese block players & prediction of victory or defeat 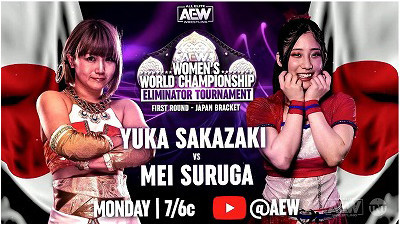 A match between Yuka Sakazaki, who has participated in AEW, the ace of Tokyo Joshi Pro Wrestling, and Mei Suruga, the ace of professional wrestling Gatoh Move Pro Wrestling and Chocolate Wrestling. We expect fierce battles because the players move quickly and make full use of various techniques.

Yuka Sakazaki made her debut in 2013. I became the champion of Tokyo Women's Wrestling twice. He has also participated in AEW and is a candidate for the championship of this tournament. It is a time when he is good at flying skills but also has power and is fulfilling as a wrestler. I lost the title after losing to Rika Tatsumi the other day, but my ability is certain.

Suruga Mei. At the age of 21 when he made his debut in 2018, he is one of the most notable professional wrestlers now, taught by his bright fight style, spring, and Emi Sakura. Since the launch of Gatoh Move Pro Wrestling's new project, "Chocolate Wrestling," we have been constantly playing games even while other groups are refraining from doing so, and we are steadily strengthening our strength.

It's still the third year since his debut, but it's amazing that he has played single matches with members such as Hikaru Shida, Kagetsu, and Yoshiko, and that he has firmly maintained his style. It's scary, or even now, it's Mei Suruga. A player who has the potential to become clearly famous.

Mei Suruga can dominate the game, but Sakazaki, who has a lot of deciding skills such as Magical Girl Splash and 450 Splash, is expected to win. Either way, I'm hoping to have a fun and amazing match! 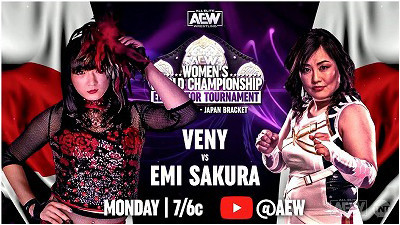 A match between Japan's first genderless wrestler, VENI, and Emi Sakura, a professional wrestling revolutionary who is the owner of professional wrestling Gatoh Move Pro Wrestling and started the online-specialized group "Chocolate Wrestling".
22-year-old VENI, who currently has many matches with male players.
Emi Sakura, 44, is a big veteran who made her debut at IWA JAPAN and has participated in AEW.
It was an interesting match with the opposite players.

Genderless wrestler Asuka who jumps over men and women

Asuka made her debut in 2015 at the women's group Pro Wrestling WAVE. However, while enrolled in WAVE, he has been actively fighting with boys, such as participating in ZERO1. There is also a single with Yuji Hino at the Fire Festival.

After leaving WAVE, participated in various groups. And now, I am fighting mainly with ZERO1 and Ganbare ☆ Wrestling. Its physical ability, body spring and speed are at a level where it is not strange to catch a men's belt. A well-balanced "attractive" wrestler with a smart professional wrestling.

Emi Sakura made her debut in 1995. It was IWA JAPAN. After joining FMW and becoming a freelancer, I started a group with gato-ku-nyan, ice ribbon, and professional wrestling Gatoh Move Pro Wrestling, and have trained many players. In particular, She is the master of Riho and Hikaru Shida who are participating in AEW.

The history of japanese women's wrestling is mainly from All Japan Women's Wrestling to Stardom and Marvelous, but there is also a history of Emi Sakura's gato-ku-nyan, Ice Ribbon. The current AEW girls are on the extension line. Emi Sakura is an important piece for AEW girls.

And as a player, he has also challenged the AEW Women's Championship, and his sense of smell and tenacity to bring good points to the brain play unique to veterans is amazing. I'll do anything to grab the victory. A veteran with such a muddy smell. It may be the strongest in a sense.

Even though Emi Sakura resists, I expect Asuka to win here with youth, power and speed. However, I think it's quite impressive to see Sakura go on to win no matter what kind of hand he uses. This is also a fun battle. 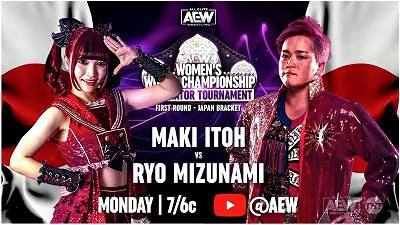 A single match between Ryo Mizunami, who is nicknamed "Aniki" and is popular for her powerful fights, and Maki Ito, who is famous for "The cutest thing in the world is Ito-chan". How far can Maki Ito go down against Aya Mizunami, who excels in both physical ability and experience? It's going to be a challenging single match for Ito.

Ryo Mizunami made her debut at GAEA JAPAN in 2004, then re-debuted at Sendai Girls' Pro Wrestling in 2007, and then transferred to Pro Wrestling WAVE. After leaving the team in 2019, he participated in SEAdLINNNG, Mervelous, etc. as a freelancer. Its powerful fight, goodness of loved ones, and a little naturalness make it nicknamed "Aniki".

The style is a power fight that hits hard. It is a fierce battle with the current AEW champion Shida. He has the dexterity to handle rough fights, and can be said to be an influential person with no blind spots.

From an idol to a professional wrestler. Self-proclaimed "the cutest in the world" Maki Ito

And Maki Ito on the other hand. I was active as an idol in the idol group "LinQ" in Kyushu, but after participating in DDT, I went on to become a professional wrestler and made my debut at Tokyo Joshi Pro Wrestling at the end of 2016.
At first, he was noticed for his bad mouth and weakness, such as suddenly creating "Ito Respect Army" and saying bad things about Jurina Matsui.

Gradually gained strength and won the International Princess Championship in Tokyo Joshi Pro Wrestling in 2019. From a presence that only stands out, it has gradually become a pro-wrestler Maki Ito. Also, I have experienced overseas expeditions several times, and since I am sending in English on Twitter, it is also very popular overseas, so I am paying attention to how much I can play an active part in this tournament.

As you can see from the large number of blog articles, I myself am a fan of Maki Ito. I expect Maki Ito to win in the part that I do not understand in theory. To be clear, Ryo Mizunami is the best wrestler in everything, and if you look at it fairly, you would expect Mizunami to win, but he should do something first here. Maki Ito has that kind of expectation. Bet everything there and expect Maki Ito to win! Why? Because it's the cutest in the world! 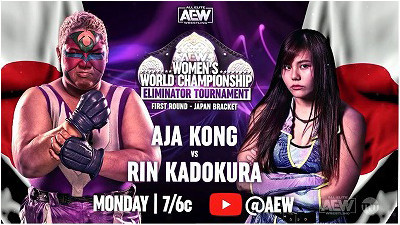 A legend that no one needs to explain. In this match, Rin Kadokura, the young top of Marvelous, challenges Aja Kong, which still maintains its amazing strength. Aja Kong, a candidate to win this tournament. Who can beat her will be the theme of this tournament. Rin Kadokura is the only player from Marvelous. Is it possible to deliver "Nagayo-ism" to the United States? I think there is a possibility of a big upset.

The future of Marvelous, Rin Kadokura

Rin Kadokura made her debut in 2016 with the women's professional wrestling group "Marvelous" led by Chigusa Nagayo. She missed for over a year in 2019 due to a knee injury.
However, she steadily gained strength after that, and made a good fight with Sareee, Syuri and others in a single match. A type that firmly creates games based on basic skills, a player who inherits the nostalgic all-girl style raised by Chigusa Nagayo. For that reason, we will face each other head-on in this match against Aja Kong. Can you break the big wall on it?
It is a player who can easily support the audience and feel emotional.

Aja Kong made its debut at All Japan Women's Pro Wrestling in 1986. She is now 50 years old, but it's amazing that she is still active on the front lines. Her strength is alive and well, and she still stands as a high wall for young players. Aja, who has outstanding strength and name, goes to steal AEW's belt. She is clearly the protagonist of this tournament.

Rin Kadokura is also strong and I would like her to win, but I expect Aja to show dignity and win here. Aja Kong is becoming more and more popular as it turns 50. Who will stop Aja? Stop the Aja will be the theme of this tournament. 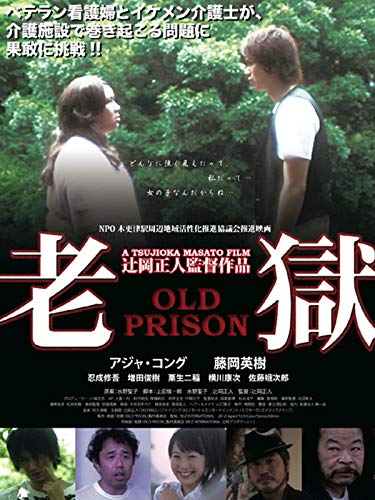 AEW WOMANS ELIMINATOR TOURNAMENT will start in about two hours. ASUKA, Io Shirai, and Kairi Sane are already active in WWE as Japanese female wrestlers, but in comparison, AEW's Hikaru Shida and Riho are not so famous in Japan. Who will seize this opportunity for AEW to take in Japanese women's professional wrestling at once here? I'm looking forward to seeing this tournament. Who can be found in the world? I'm looking forward to it!